Virtual Insanity: Reborn is a Stand that whenever the user murders a living being, he will obtain a certain scale of "desires". Desires can be used like wishes, and they all depend on what level the wish is.

The stand uses the colors of mainly purple. It’s skin is white. The eyes are green, with white pupils. It wears a hood, and a belt. It looks similar to king crimson requiem

With the ability to stack those desires, he can have an inventory of them.

Desire Level 1: The user can wish for something like extra ammo to his gun, a refill to his drink, or an extra bomb to his pack of C4s. (If he has them)

Desire Level 2: The user can wish for something like a weapon to suddenly appear by his side (Guns, melees, explosives, etc.) or material/tools

Desire Level 3: The user can now wish for things like the enemy to stop moving randomly for 3-5 seconds, his ability being disabled for the same amount of time, and more tricks to get him to land a few hits

Desire Level 4: Now the desires get a bit more serious. The user can wish for a sudden teleportation behind the enemy without a sound and instant attack, like a chop of spine punch. He can also force his enemies to use their ability once on themselves, or simply make them hit their own selves or allies with great force.

Desire Level 5: The most serious kind of wish before the final one. Now, the user can bring a stop to vital functions for a few seconds (not enough to kill them, but enough to badly weaken them), make them "lose" their stand for some time (they basically become a non-stand user, meaning they cannot see or touch stands), as well as summon a maximum of 3 clones of himself, who all have VI by their side (Note: Those clones cannot use the desire ability)

Desire Level 10: The final and most powerful desire. With this one, the user can wish for sudden natural disasters on a medium scale (like earthquakes, meteors/meteor showers, big thunderstorms, etc.), and can slightly alter reality to his benefit. 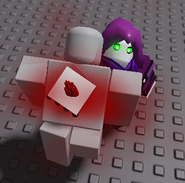 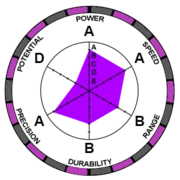 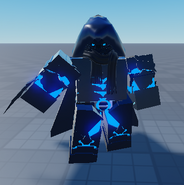