“I am thou, thou art I. Thou do not feel fear in the presence of Death incarnate, or is it just that thy are to scared to speak? Nonetheless, I shall become a part of your existence, and we shall lay waste to those who stand in our way!” - The Reaper (Karitoru-mono, 刈り取る者)

The Reaper is the Stand of Izan, the main protagonist of The Reaper's Masquerade. It's origin is from Persona 3, where it was just called "Reaper", and has appeared in the games after Persona 3, known as a notoriously difficult "boss". In the story, this wandering stand is infamous for signifying that, when encountered, the person will die and its user becomes a part of it

The Reaper takes the form of a tall figure wearing a black cloak and white sack over its head, all of which is stained in blood. The Reaper dual wields Revolvers with elongated barrels and has 2 chains constantly circling around its chest. It has a singular eye that appears to always be bloodshot.

The Reaper's Personality is one that seems to be impatient, and one that enjoys vast killing sprees. It speaks with a male and female's voice mixed, and it sounds like multiple of each gender talk at once. It speaks with agressiveness

The Reaper's ability is, presumably, to "reap life". However, it does not have a set method of doing such. The Reaper has access to a variety of powerful elemental skills and negating resistances to certain elements. 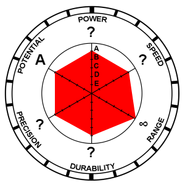