If this fight is easy for you, then let me tell you this. Have you heard of the calm before the storm? - Calamity Terra (Sainan no Tera, 災難のテラ)

“You may have seen pain, torture, death, haven’t you? Well let me show you something much worse.

Omnipotent, Omniscient, and Omniceleritas (Celeritas is Latin for speed, and Omni means all) is some of the strongest stands in the wiki. It wields multiple abilities, a scythe, and a sword. This stand is also sentient. It is the evolved form of The Omniscient Watcher. The personality is that it is very aggressive, and will torture those for years of the people that has made a big impact (bad way) on the users life.

Unmasked (Note that some of the info here is outdated, and the appearance is also outdated).

Pose (Note that the appearance is rather outdated)

The stand using the All Powerful ability. Note that this is a quick sketch, so some details maybe missing. 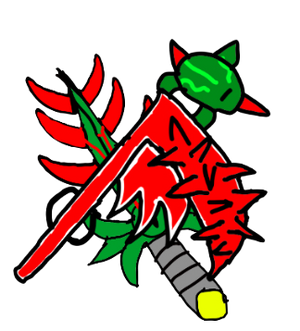