D4C looks exactly like it's original counterpart on the surface. It's baby blue and pink in color. It's head has two horns coming from the top of it, a mask looking thing covers the lower half of it's face, and blank pink segmented eyes. It's torso has something that I don't know how to describe on it but Dirty Deeds Done Dirt Cheap has it as well and has spherical shoulders. It wears a garb that leads into it's legs. D4C's knees have a X on them, with it's lower legs seem to be wearing some advanced leg warmers, leading into it's feet that take the appearance of shoes. Back up to D4C's forearms, it seems to wear some advance arm warmers that lead into it's hands, having something on top of it's knuckles. A stitch pattern is seen all along D4C. Unlike Dirty Deeds Done Dirt Cheap however, D4C looks vastly different underneath it's "armor". It's eyes are not actually eyes but some sort of cap for them, breaking them reveals actual eyes. It's horns and shoulders reveal a wire frame underneath. Under it's mask is a mouth. D4C's "leg warmers" and "arm warmers" have regular limbs underneath.

D4C has the ability to create clones of anything that is considered human enough (Mostly a way to be able to make clones of Iggy). Clothing will also be cloned however it will disturbingly be a part of the clone itself. D4C also has the ability to create bullet clones, which is the only other clone it can make outside of people (and their clothes). Clones will have (almost) all abilities of the original lowered down by 20%, meaning the clone will only be able to do things 80% as well as it's original. Any ability related to soul or spirit will not be kept or work on any clone, due to not having a soul in them. They last for 20 minutes max.

With any clone that D4C makes, the user can choose to make it a Malicious Clone. These clones will explode on contact with whoever the user decided to have them target. The explosion has a random secondary effect, being acid, electricity, ice, nails, glue, explosion2, gravity, etc. Clones will not gravitate towards their target unless they are actually able to move or in motion.

D4C has the ability to transfer it's user and anyone within range to a "Safe Space". The Safe Space contains three houses, a park, a bunker, and a hospital on a small blank area of land. The houses each have sectional couch, coffee table, a 30" flat screen tv, a ceiling fan, a fridge, a pantry, an oven, a microwave, a counter height table, 4 chairs to match, 4 dining sets, a queen sized bed, and two twin sized beds. The park has a fountain in the center of it, two benches on opposite sides, a two swing swing set, a slide, a sandbox, and 4 small trees, and 1 big tree. The bunker has shelves all around the walls, a table, a fridge, a pantry, a radio, a deck of cards, a pack of AA batteries, and a broom. The hospital has too many things to list but imagine a small hospital. 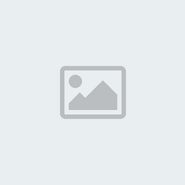