"What is started must be finish. I can't hesitate to finish you, you are the conflict I started." - Chezz/Collin (Chesu/Korin,チェス/コリン)

Bitter Symphony, can also be referred to as BSYM is a stand based around manipulating shadows used by Chezz. This stand is also sentient, showing signs of high intelligence, being able to advise the user what to do. BSYM will obviously listen to its user, unless of course, the command is idiotic.

BSYM takes the form of a humanoid primarily black in colour, it has a tophat that seems like the top is fading and burning, BSYM also is missing legs, from waist down, it is fading/burning in a similar way to the top of the tophat. BSYM is always shady, one eye is shrouded in the shadows. BSYM wears a sort of overcoat, and has gauntlets on both hands. They resemble fingerless gloves and in the palm there is a hole in the shape of a rectangle, on the back of the right gauntlet there is a small requiem arrow.

BSYM has its own mind and personality different from its user. Like its user, sometimes it likes to joke around in serious situations, but 70 percent of the time it is serious and calm. BSYM seems to get pissed off easily, and when pissed too much by the enemy, it gets into rage, during rage, it only has a pure instinct of protecting the user, and killing the enemy, and will always never listen to commands by anyone, including the user.

BSYM is totally intangible, which makes up for its lack of defence. Whenever someone attacks BSYM, being dark matter, it will avoid the damage because the enemy's weapon or whatever body part will phase through it.

Whenever summoned, BSYM would take up a lot of the user's energy, chezz, being not a very stamina filled person, will have to summon it when he wants to attack, and then bring it back. Like Shadow The World. Even if BSYM is not summoned however, it can communicate with the user, and the user can reply to BSYM.

BSYM enables the user to control their shadow, like a sub-stand. It can move around freely, and the shadow is able to interact with other shadows. If the user were to interact with someone or something shadow, the actual object will also experience the result left by the interaction. For example, if chezz's shadow was to pull the enemy's shadows leg and make it fall, the actual enemy would also have their leg pulled by nothing and fall. It would also apply to dealing damage and attacking, if chezz's shadow were to punch another person's shadow, that actual person would take damage. The shadow has a range of moving up to 50 meters, and chezz can see through his shadows vision. And whatever item chess is holding, the shadow would hold too. XD

BSYM is able to create shadows for objects, even if it is not physically possible. For example, in a room where it is affected by a stand, the stands ability is to prevent shadows from being formed, BSYM is still able to make de shadows. 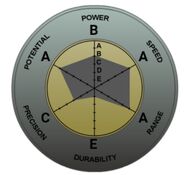