Y’all have probably heard, but in case you haven’t there was recently a shooting at a local supermarket in Buffalo, New York. I don’t make posts like this a lot but I feel like it’s something I should actually talk to someone about instead of just keeping it in my head to rot.

Basically the guy came in with armor and stuff and an assault rifle and shot 13 people killing 11 of them. Apparently it was racially motivated, most of the people killed were black. Guy was 18.

Apparently he was put into that way of thinking from the internet. Now when you hear this, what site would you think of? I don’t know, that’s your thoughts not mine. Anyways according to the news he was mainly led into that thinking process by 4chan, and he streamed the killing on Twitch.

Now I never say this ever, but I do feel like the internet has a lot of underlying racism. Not just towards black people, but also white people, asain people, everyone really.

Now you’d probably hear that and roll your eyes but I think it’s true. I’m not saying everyone is racist, but there’s no doubt in my mind that there aren’t a good amount of people that are.

Some of it isn’t underlying, it’s just there for everyone to see. I think I’m a little off track though, so let me refocus.

I think people that manage these sites need to put more effort into preventing this. There shouldn’t be large ass racist forums just lying there for everyone to see. And I get you can have freedom of speech but this shit is literally poisoning the minds of stupid, vulnerable kids that don’t know any better. Maybe it’s their parents fault, but it’s their faults too.

Also, who thought it was a good idea to allow a guy with previous history with the cops on threats like these, to go and get a fucking murder weapon? The man had an AK. That makes no sense, you need to check a man before he buys that stuff.

This shit got me typing these long ass messages, I feel like a fucking need for typing all that but I guess I was gonna say it sometime soon. 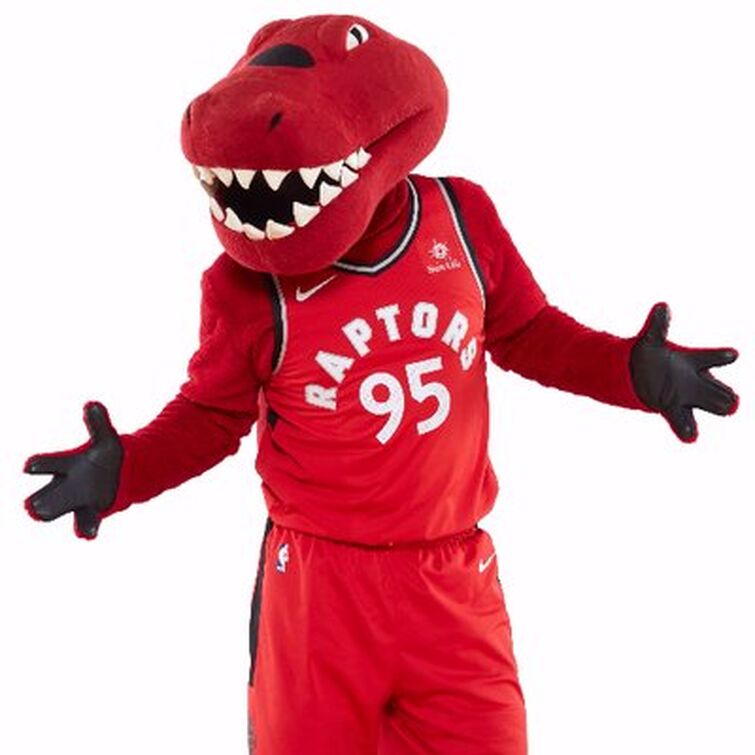 I want to scrape my eyes out so they'll stop itching

It hasn't been this bad since I was 7 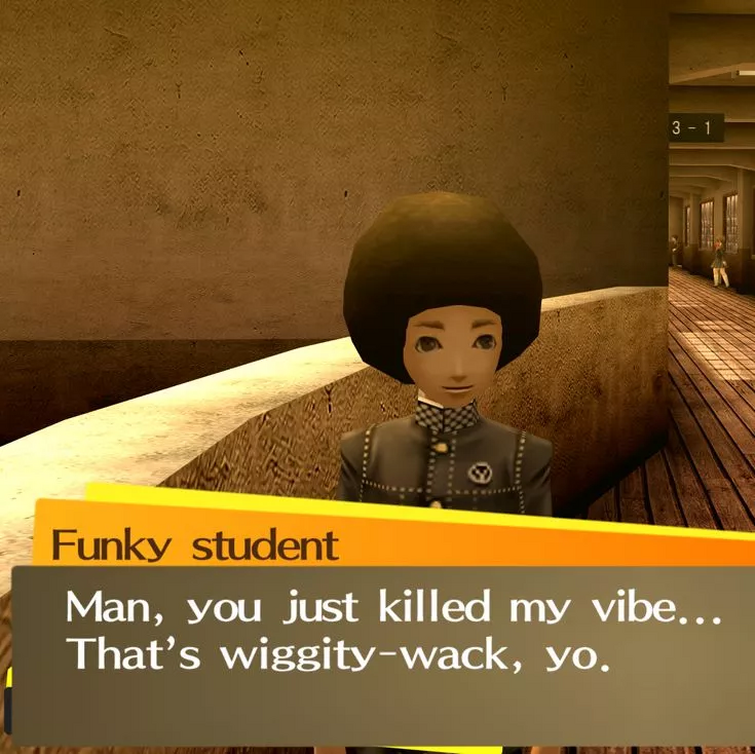 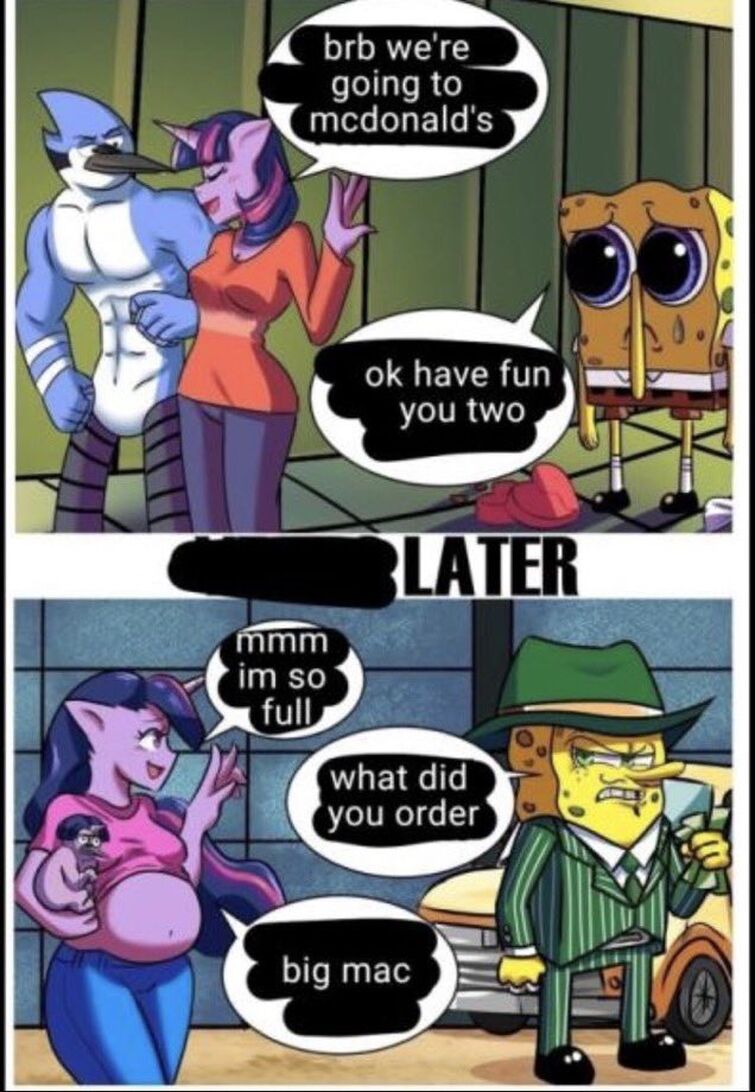 I swear she is an expert at pissing me off, but today she hit a new low, math exercises that are supposed to be completed using "logic" but now I ask you want in god's name is logic for this woman.

Take a look to this exercise she gave us:

"You buy a pencil for $9 dollars plus the half, what was the price of the pencil?"

I assume you thought of 9 and the half of nine right? As logic would tell you, which would leave the answer to be 13,5 right? Well almost everyone did it like that, and I mean everyone

TURNS OUT IT'S WRONG SOMEHOW, because the teacher pulls the ultimate fuck you card and tell us that the answer is 18, we were all so confused, but then she says that when she said "$9 dollars plus the half" she meant like we first payed $9 dollars and we had to finish paying by doing the most none logical math equation possible only to get 18

What in the living fuck dude, you really gonna pull that to us my dude?

Then the second exercise was just pure bs.

"A wall clock falls to the ground breaking in 3, the digits in the clock make a number, What's the number?"

Then she comes to the board, draws a clock and RANDOMLY takes out 3 parts and comes to the conclusion that the answer of our addition is 26

Fuck off you shit, what a teacher you are mother fucker jesus, no wonder your kids are far away for a person with THAT type of logic and the most irritating voice I've ever heard being displayed at school for god's sake 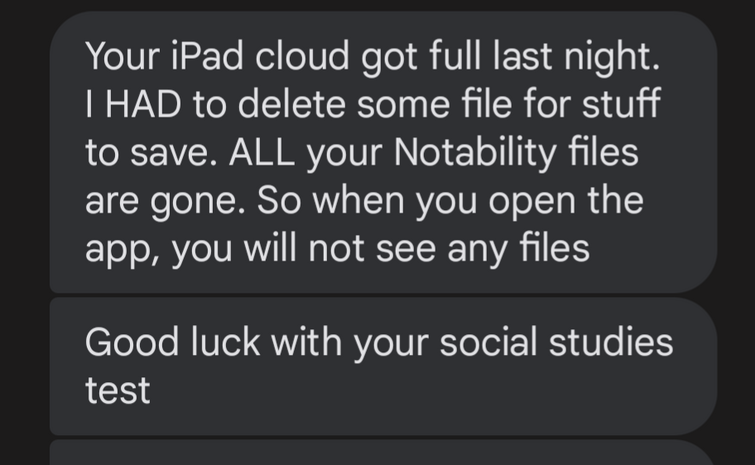 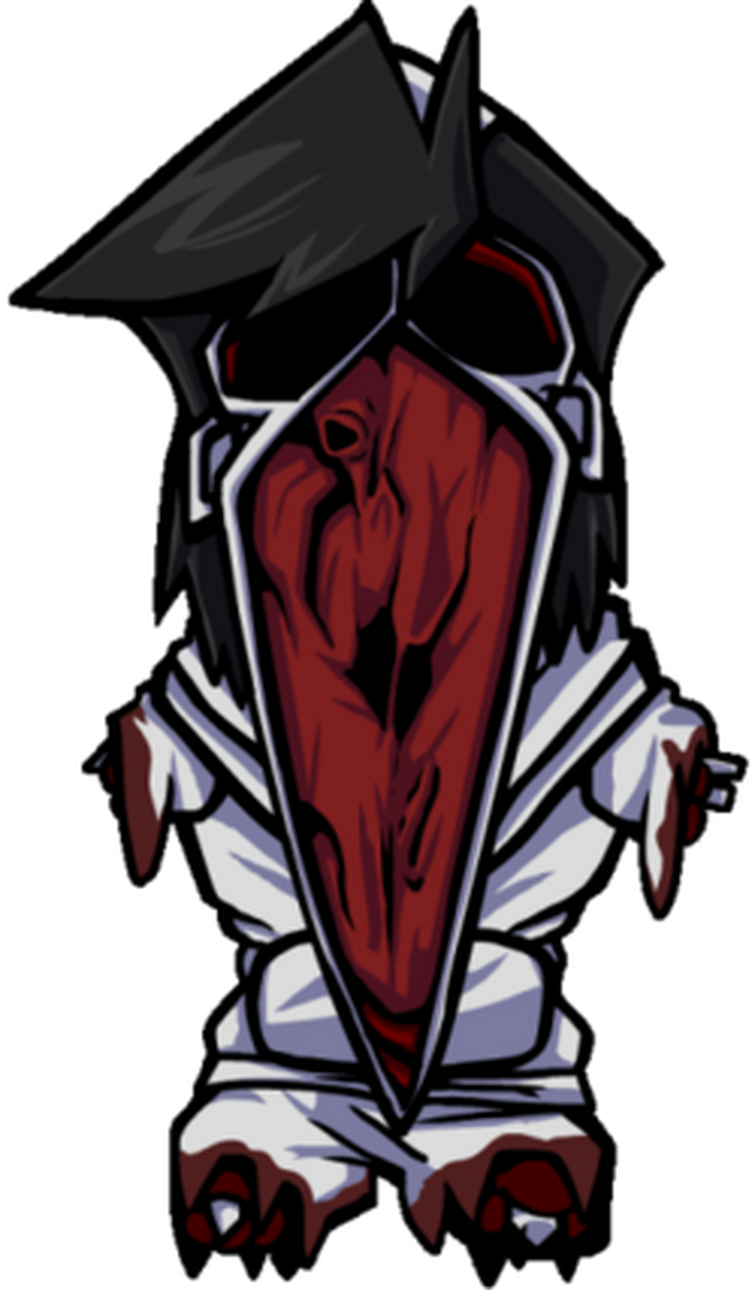 So, say someone follows their religion which explicitly says "a man that shall not tent with another man" and labels it as a sin and they agree with such, but don't go out of their way to attack gay people or something, does that make you homophobic?

The definition of homophobia is so different depending on who you ask, because there are LGBT people who say that it is regardless if you go out and witchunt and those that say it isn't as long as you don't force it on others or attack people for it sooooooo

I dunno man I'm Christian and I follow my religion but I don't wanna hurt anybody with my beliefs, like I don't go out and actively attack people for not abiding by my religion but at the same time it says it's a sin so what the fuck am I supposed to do? Pretend it doesn't exist??

It's so weird man

God damn it, and how is 15 minutes enough for me to complete a math exercise and then explain it but well ok

But Jesus christ I don't want to see that again, I got stuck in the quiz and I couldn't do anything and I hate that

Also why is my math teacher's voice so bloody annoying tho? Lik no cap she for some reason has a very irritating voice 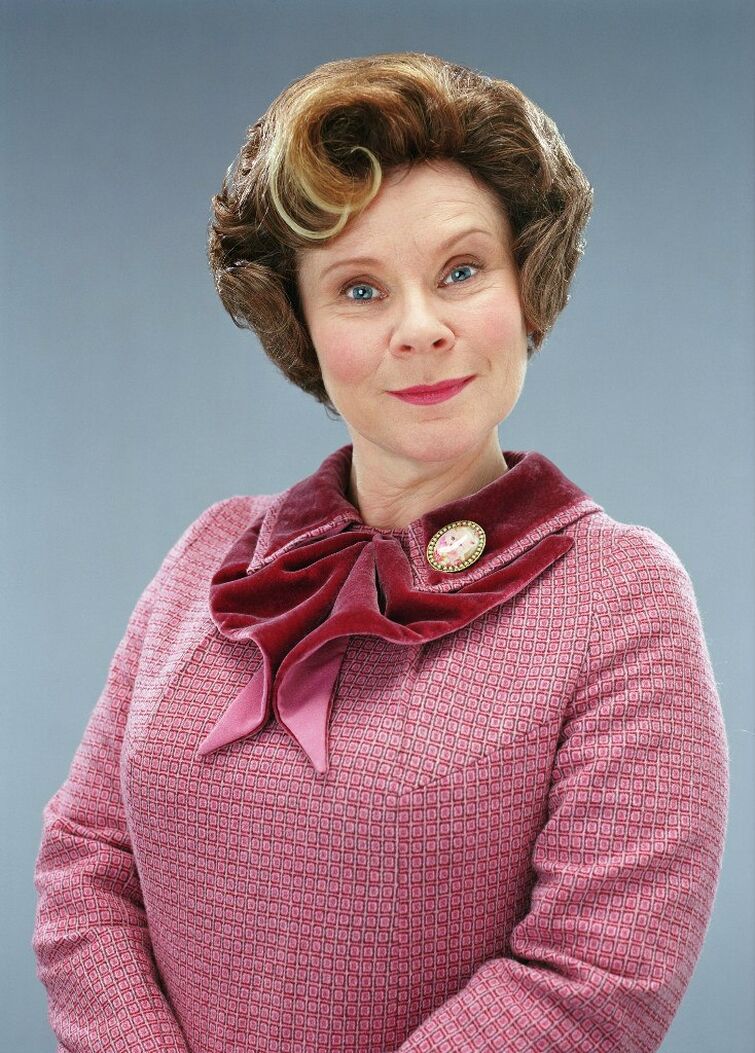 The school week's work is also dumb af, she wants us to advertise our school using math

Bro if I saw those math exercises I would rather not go there jesus, istg, my mood just dropped basically, I'm already busy with lots of things I don't need this shit

Like for God's sakes, if a content creator did something wrong they have to make this whole, long af twitter apology to people they didn't even hurt because it's "important to know the creator is

If it were me, and I hurt someone, I would apologize to them privately than make a whole fucking twitlonger about how I'm "sorry and i'm looking to change," like bro I didn't even hurt you stop playing the protagonist

Bringing it to like, Twitter or your platform and saying it there creates more discourse and doesn't help the situation because now all these mfs are arguing over whether you're right or wrong when you could just be the bigger man/woman/whatever and end it privately, apologizing and talking with the person they hurt.

Again, if it's something like a racist/LGBTQ+ slur, then it makes sense to apologize then. But anything else should be handled privately. It makes absolutely 0 sense to me why this is still a thing.

my man, i have a shitload of exams coming up AND I have an exam tomorrow and you decide to put even more work on my shoulders? 💀 you must be really fucking stupid. if she pushes me to my limit, it's not going to be pretty. and im like really fucking mentally drained.

(edited by Hydrangea The Sleepless)

my head hurts like hell, life feels like its getting harder, and if everything is closing in on me.

i wish i could like, not go to school for a few days? actually have time to focus on myself instead of having a short ass spring break because these bozos want to milk money out of the students at my school?

istg my own school doesn't give a shit about anybody's mental health. im just. mentally drained. im getting really fucking tired. i just wanna stay at home and hang out with my online friends. im glad that i have friends that are able to understand me and each other and aren't assholes. i do know the world is a cruel place, but im still left with a question to answer. am i able to face it? probably not, that's why i've gotta become mentally stronger.

and because of menses (cough cough, period. excessively coughs), my emotions have been out of control. i've been getting angry more easily, and upset/sad very easily. my life just feels like its spiraling out of control, and now i have no idea where to go. i feel lost.

I swear she just wants to see me cry

I’m done with her, all she does is be an asshole to me and when I fire back she plays the victim card

"Get the fuck out of bed, stop giving me excuses about your intestines, your not gonna sleep all day, your supposed to sleep at night"

MY INTESTINAL TRACT IS STILL HEALING AND THIS IS HOW YOU TREAT ME? FUCK YOU, GO SOMEWHERE WHERE YOU WON'T BOTHER SOMEONE AND NOT GIVE A CRAP TO THE POINT OF TREATING THEM LIKE THAT

I'm seriously about to yell back at this ogre ong

My mom was kind of a jerk about forcing me to work, but at least she didn't do what he did

I woke up this morning instantly made to start doing work then I gotta watch a movie, play outside, help cook, more time outside (damn tired at this point), getting screamed at for something going missing which they then find a minute later, dropped a pie, got a headache at this point. I then got to feed my dogs and do several other small tasks. I then am forced to stay awake till 1 in the god damn morning cause my littlest brother heard something which everyone presumes to be my brother moving around on his bed.

i fuckin hate myself 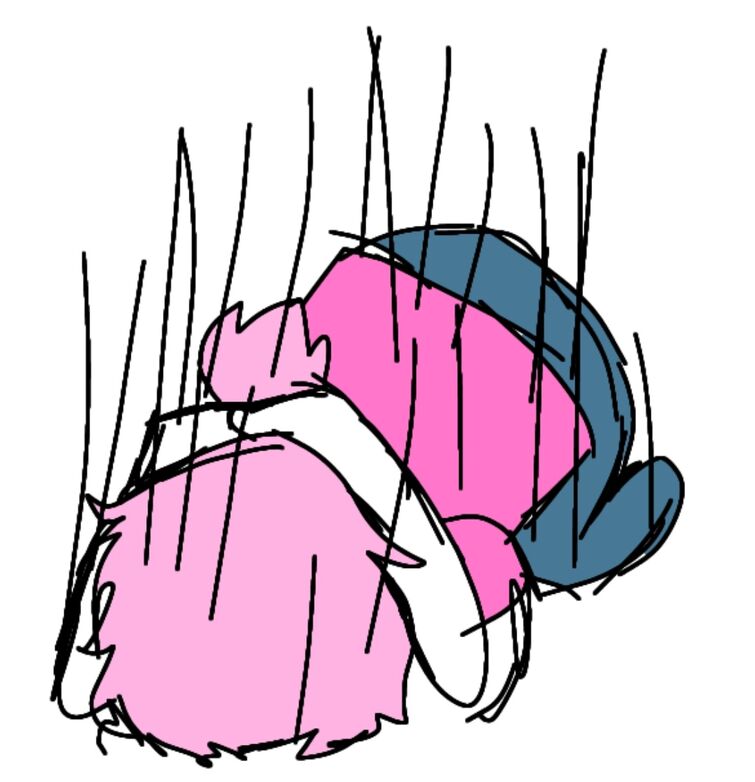 I dont know what to do

my boyfriend wont talk to me

im about to vomit

I live in a shitty apartment

drawing, this wiki and my discord are my only escapism from reality 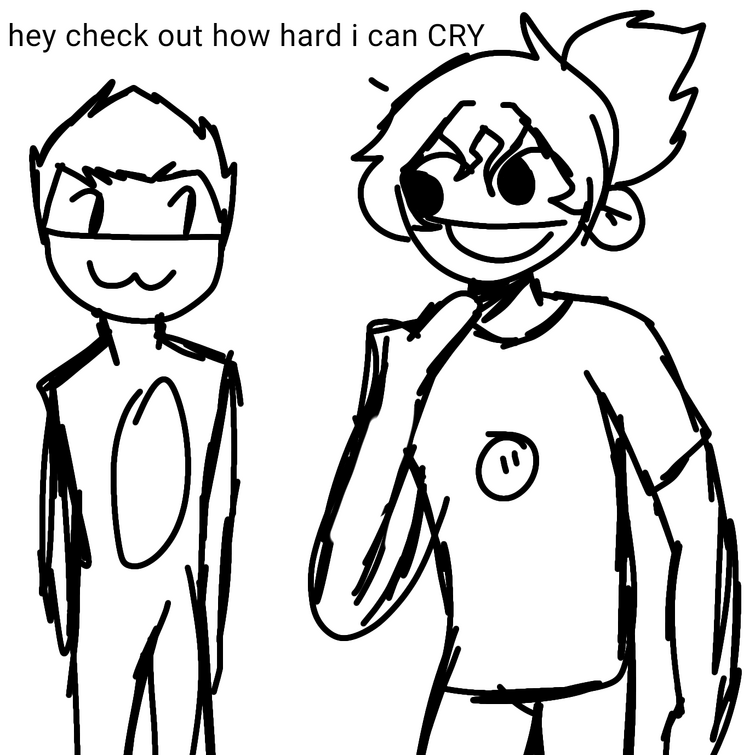 My weekend started out fine, I had a great birthday and everything was good

And now I’m here, my birthday party cancelled, my out-time with my grandfather cancelled, and feeling like I just ate raw sewage.

Fuck this man. Every time something goes right for once it all falls apart.

Wanted to start some problems wake up in the morning to an angry toast just for the hell of it. Luckily I calmed myself down but I hate this about myself just the need to have something drama related around me.

If your wondering how I calm these urges and violent mannerisms of mine I listen to songs that sort of trigger it vent a bit and breath.